At A Woman's Place, we're committed to putting our money where our mouth is.
Click through to meet some of the amazing women we have endorsed and are committed to supporting in their journeys to elected office. 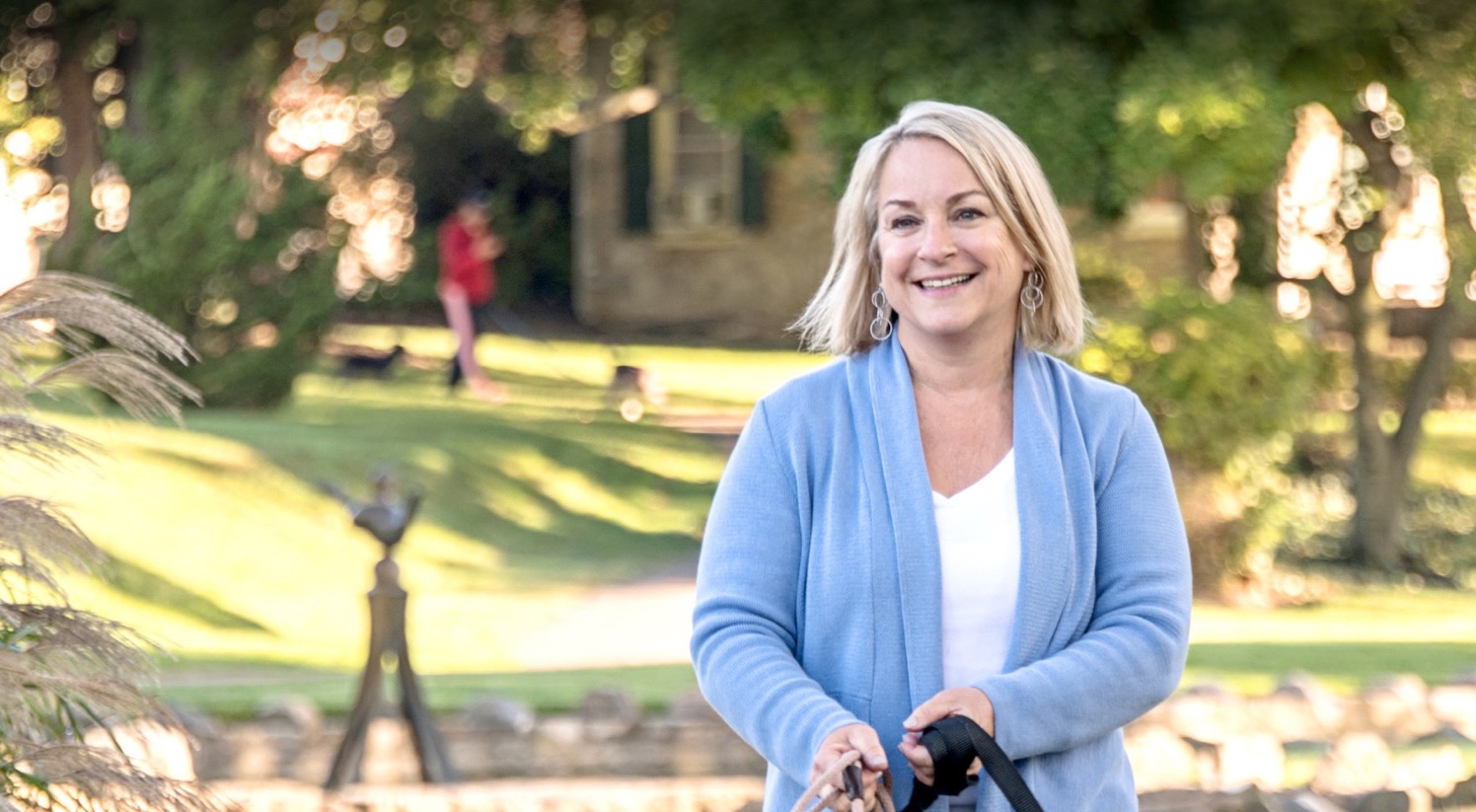 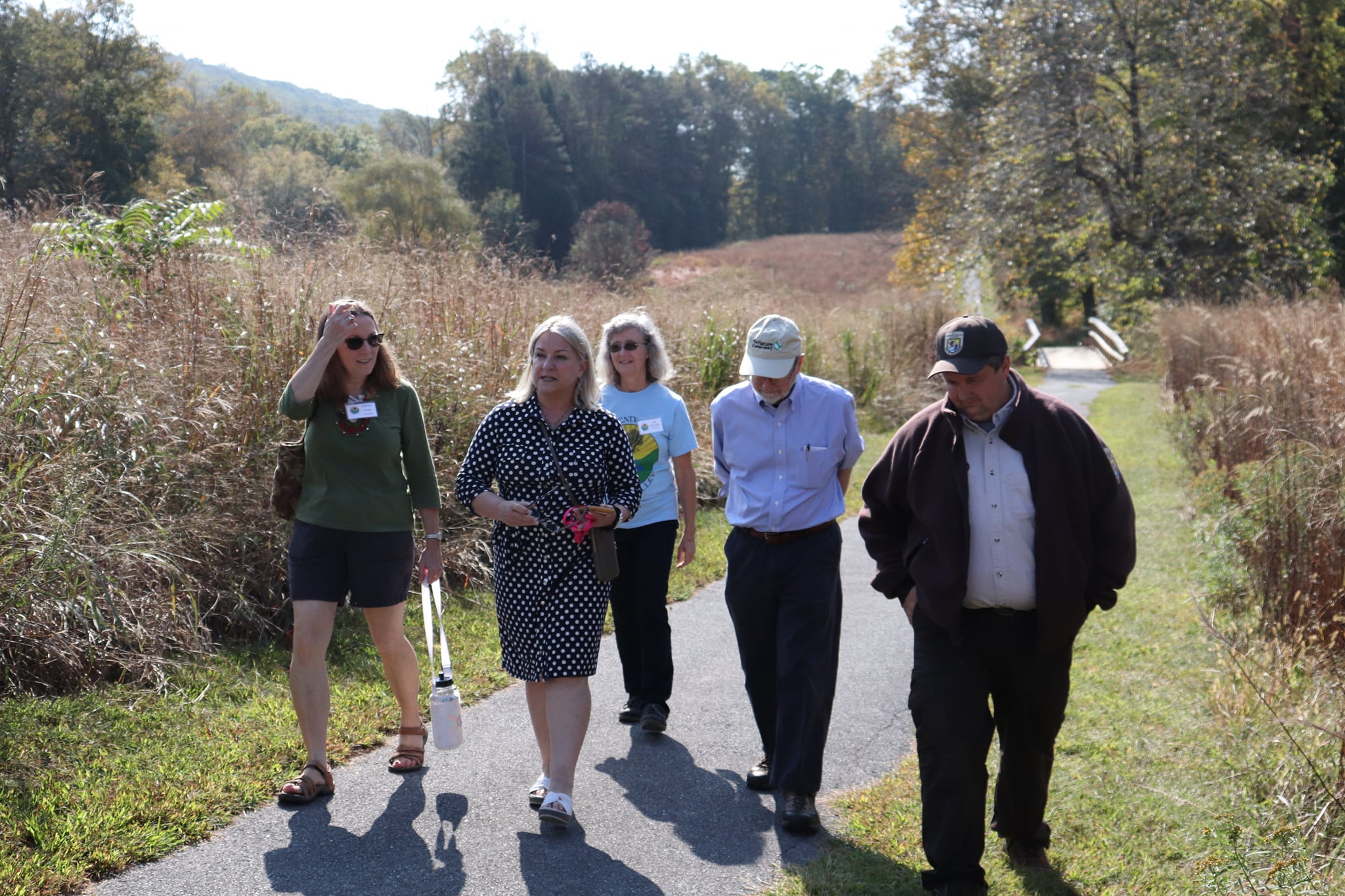 Congresswoman Susan Wild was elected to represent Pennsylvania's 7th Congressional District in the U.S. House of Representatives in 2018. Her campaign was founded upon ideals of fighting for working-class families, something she had long been doing through her legal career, which included becoming the first female Solicitor of the City of Allentown where she shepherded in a new era of accountability and transparency. She has demonstrated her commitment to that fight through her work on the House Education and Labor Committee and the House Foreign Affairs Committee.

We are so proud to support Congresswoman Wild in her commitment to continue serving her constituents in the Lehigh, Northampton, and Monroe Counties through another term in Congress.

"Susan and I both won special elections in 2018 and were sworn in slightly in advance of our freshman class, becoming the first women to represent Pennsylvania in Congress in years. I cannot imagine navigating the insanity of this moment in political history without Susan Wild. She’s smart, hard working, practical and––for all those reasons––a great fit for her PA-7 district. She’s also funny––which is greatly appreciated." 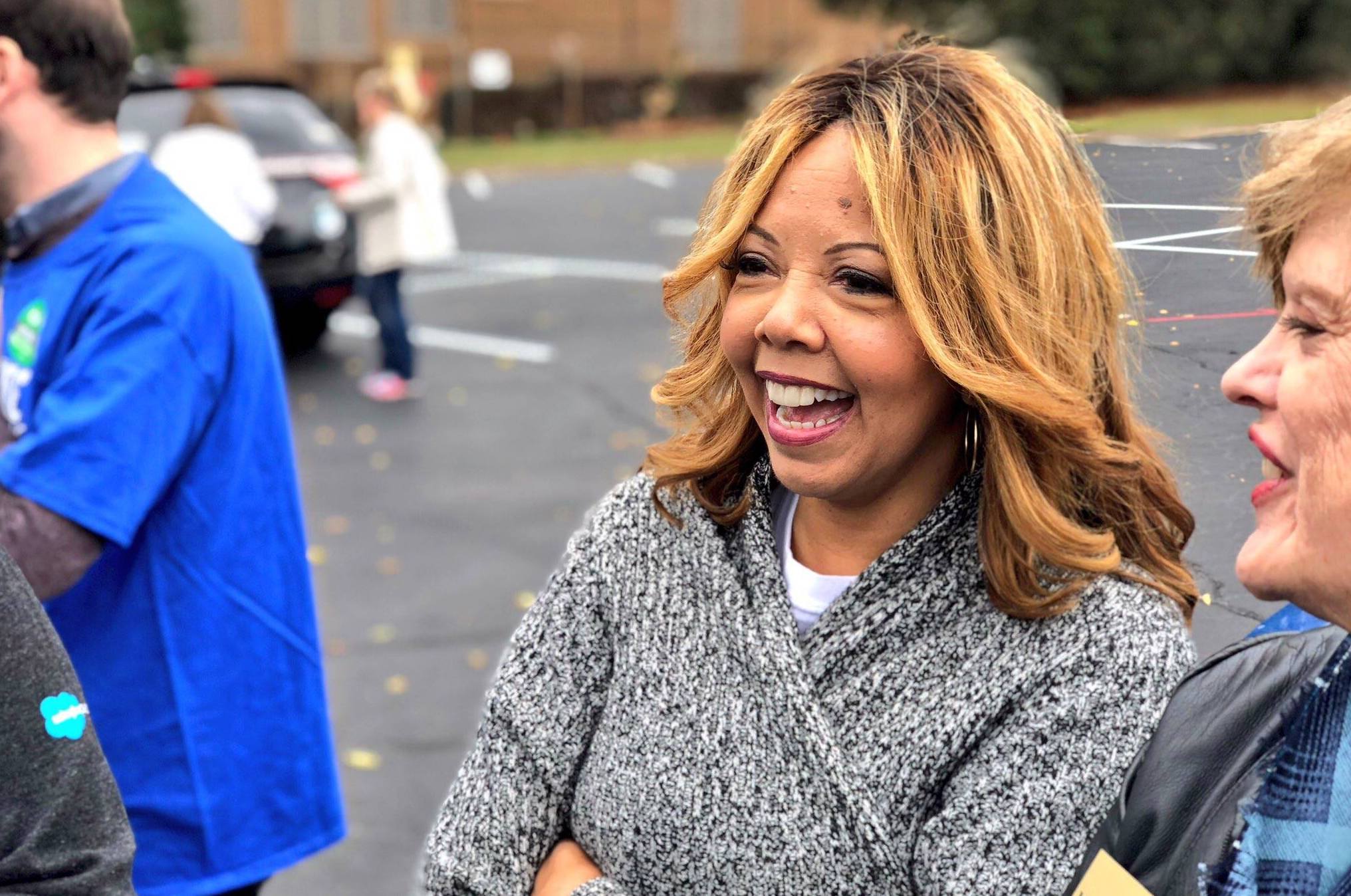 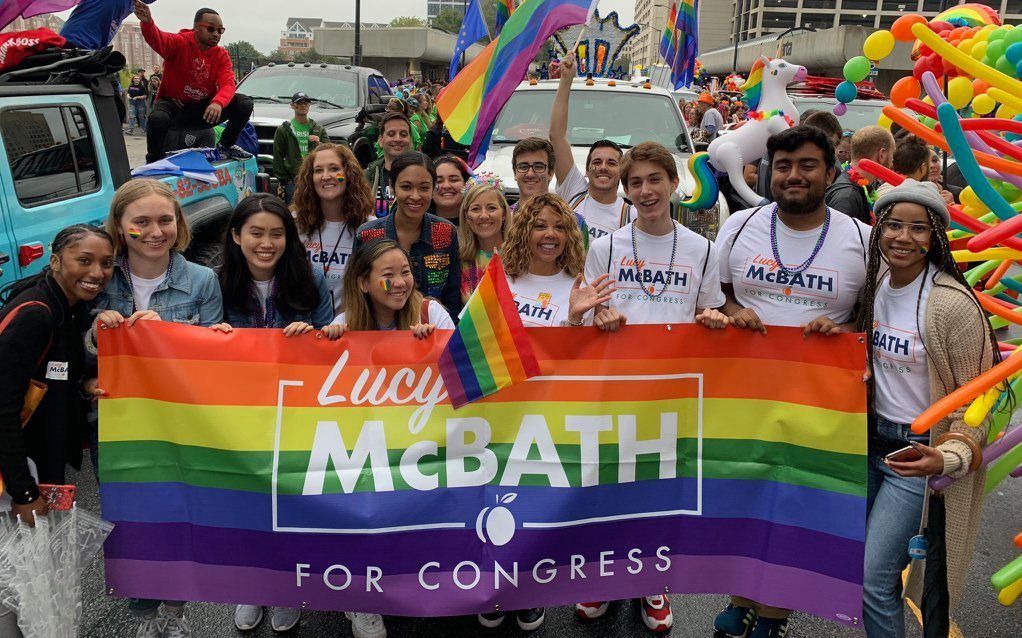 Congresswoman Lucy McBath was elected to represent Georgia's 6th Congressional District in the U.S. House of Representatives in 2018, flipping a district that had been consistently represented by a Republican since 1979. In addition to her work on the House Committees on Education and Labor and Judiciary, Congresswoman McBath serves on the House Gun Violence Prevention Task Force.

Her work on the task force builds upon her work as a national spokesperson for Everytown for Gun Safety and Moms Demand Action. Her career as an activist developed following the death of her 17-year-old son, Jordan Davis, in 2012, in what became known as the “Loud Music Shooting.” She became determined do everything in her power to preventing other families from experiencing the same tragedy that she did.

The Congresswoman is also a two-time breast cancer survivor and knows personally the importance of covering those with preexisting conditions and increasing accessibility to quality and affordable health care.

We are so proud to support Congresswoman McBath in her commitment to continue serving her constituents in the northern suburbs of Atlanta through another term in Congress. 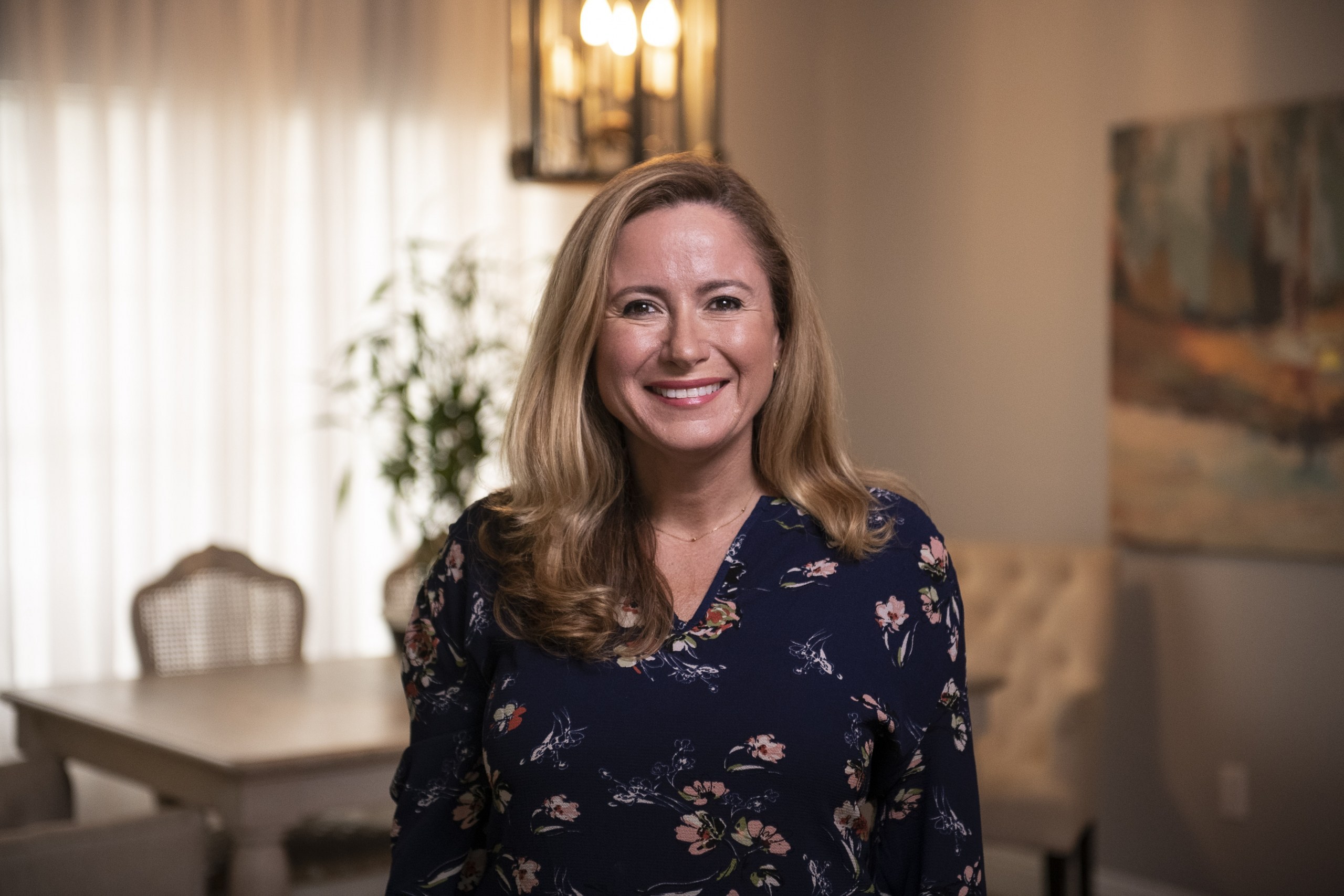 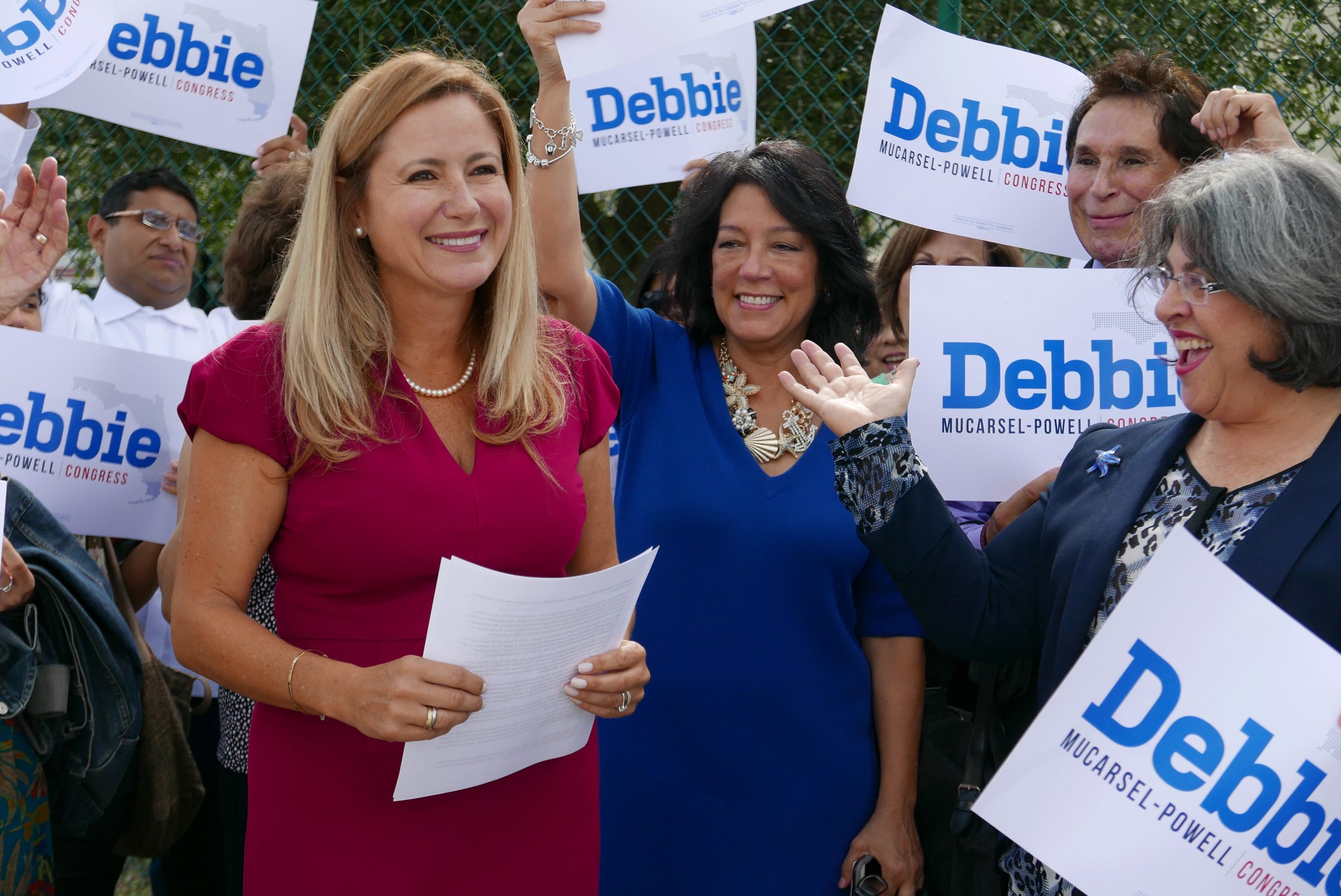 Congresswoman Debbie Mucarsel-Powell was sworn in to represent Florida's 26th Congressional District in the U.S. House of Representatives in 2019, after unseating the incumbent GOP representative in that district. Having immigrated to the United States from Ecuador as a young girl with her mother and sisters in search of better opportunities, Congresswoman Mucarsel-Powell now serves as the first Ecuadorian-American and first South American immigrant member of Congress.

After her father died in a senseless act of gun violence, Congresswoman Mucarsel-Powell became a strong advocate for gun safety legislation, serving on the Gun Violence Prevention Task Force, in addition to her positions on the House Judiciary Committee and Transportation & Infrastructure Committee.

Before becoming a member of Congress, Congresswoman Mucarsel-Powell worked for several non-profit organizations, including the Hope Center, Zoo Miami Foundation, and the Coral Restoration Foundation. She also spent years working at the College of Health at Florida International University, where she worked to grow programs that improve health care access for Floridians.

We are so proud to support Congresswoman Mucarsel-Powell in her commitment to continue serving her constituents in southern Florida through another term in Congress. 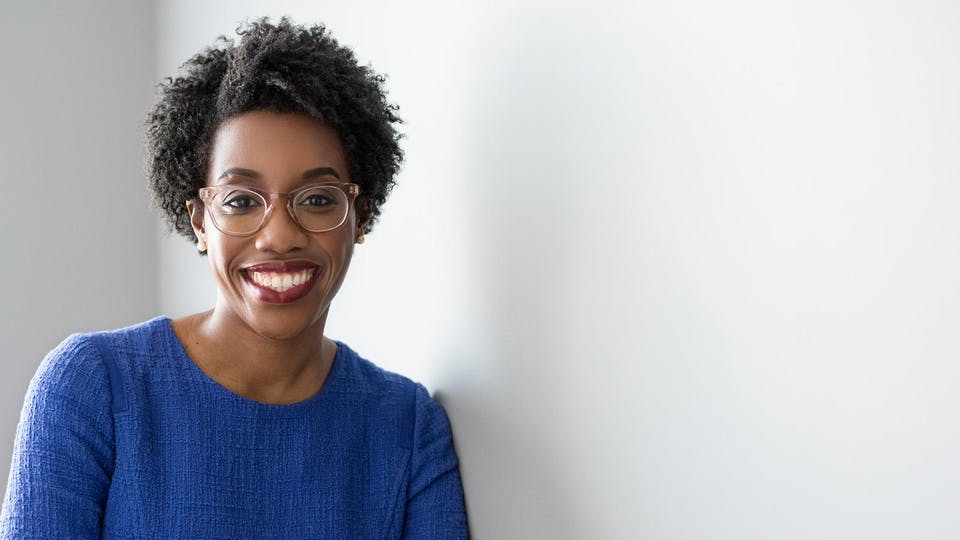 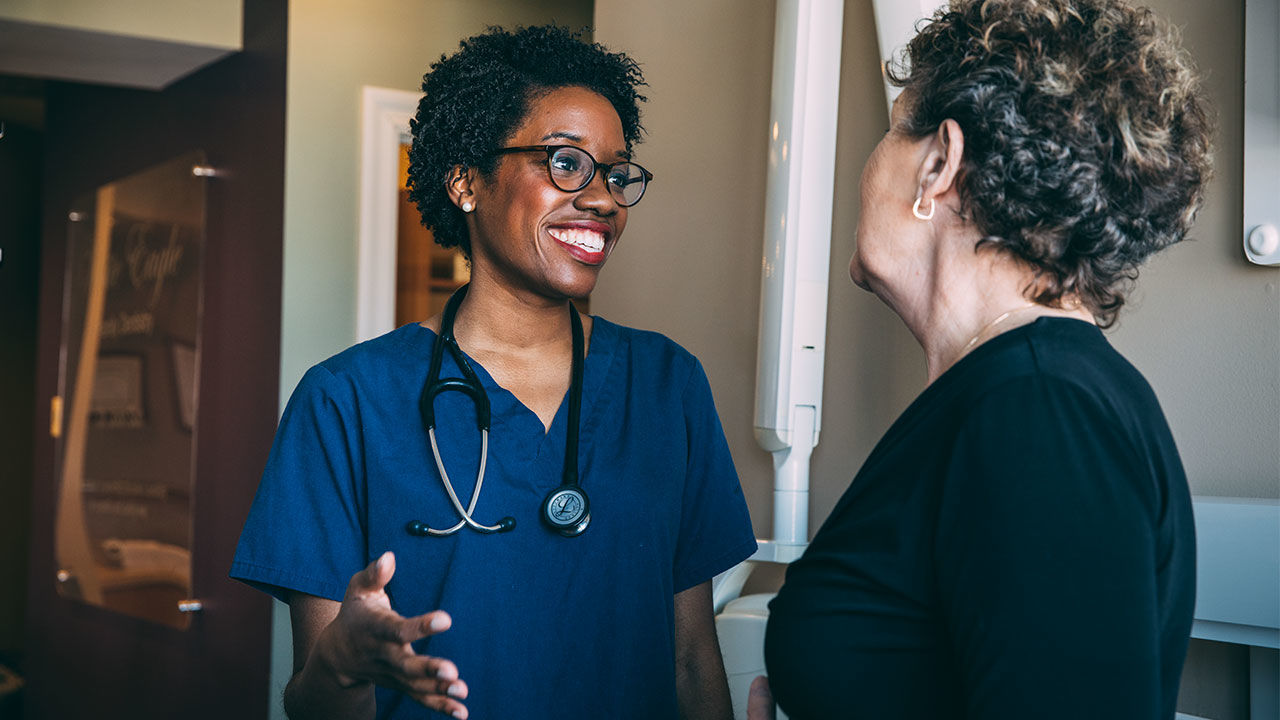 Congresswoman Lauren Underwood represents Illinois’ 14th Congressional District in the U.S. House of Representatives. Congresswoman Underwood is a registered nurse and public health professional who used her expertise and advocacy to found the Black Maternal Health Caucus and introduced a package of bills, a “Momnibus”, to address the issue of maternal mortality for women of color in the United States.

Prior to being elected as the youngest Black woman to ever serve in Congress, Congresswoman Underwood was appointed by President Obama to serve as a Senior Advisor at the U.S. Department of Health and Human Services. During her time in the administration, Congresswoman Underwood helped communities across the country prevent, prepare for, and respond to disasters, bioterror threats and public health emergencies.

Congresswoman Lauren was diagnosed with supraventricular tachycardia at the age of 8 and the providers that helped her through her initial treatment inspired her to take on a career in nursing. As an American with a pre-existing condition, Congresswoman Underwood also understands the real-life importance of quality, affordable health care for working families and their children.

We are so proud to support Congresswoman Underwood in her commitment to continue serving her constituents in northern Illinois through another term in Congress. 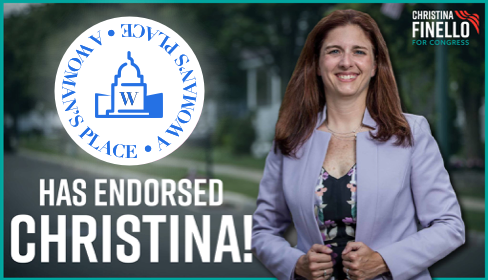 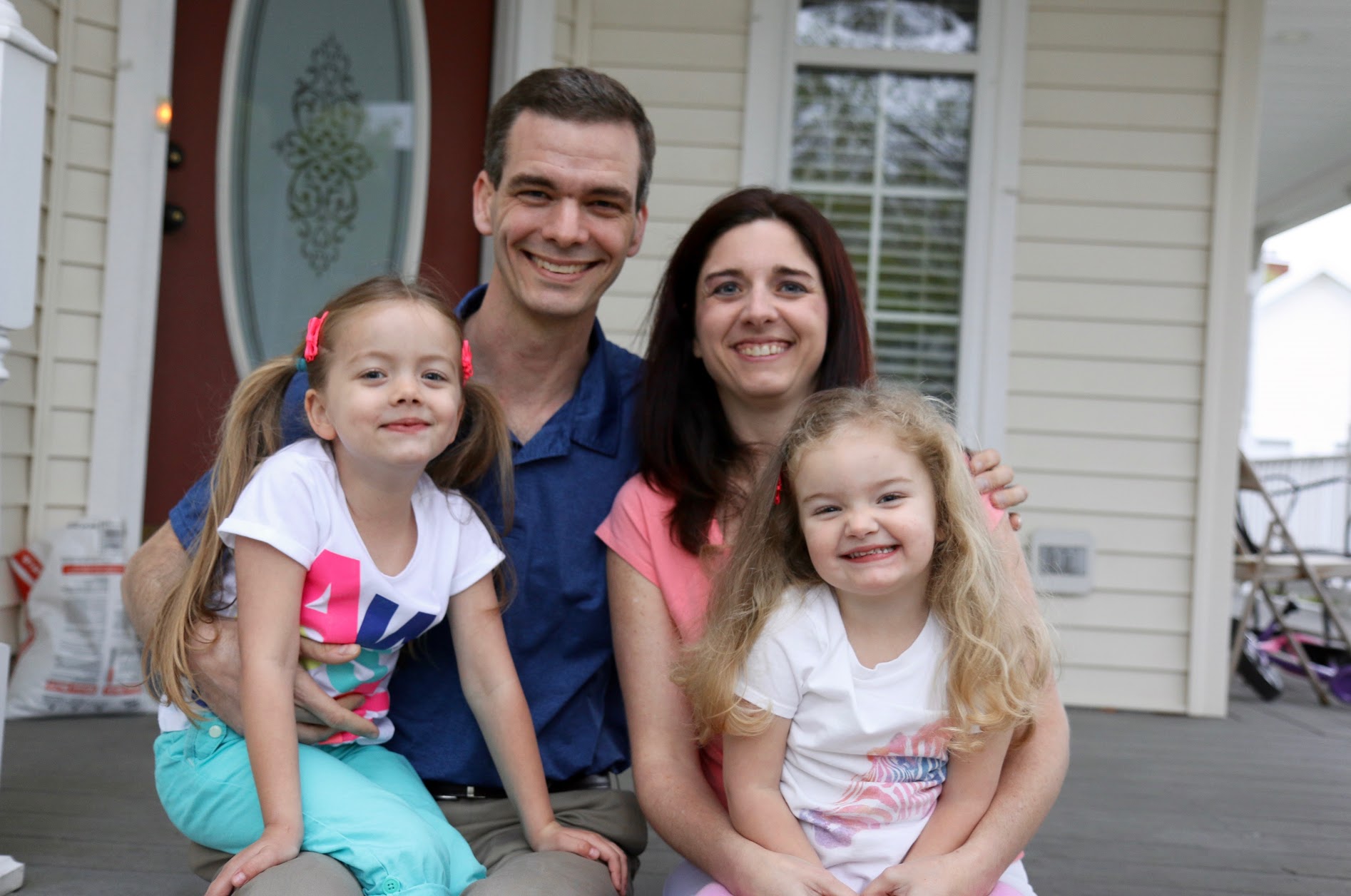 Christina Finello is running against an incumbent Republican to flip Pennsylvania's 1st Congressional District from red to blue. Her candidacy has garnered the support of many progressive leaders and organizations, including the DCCC, Emily's List, Planned Parenthood, and Governor Tom Wolf.

After earning a joint law degree and Ph.D. in clinical psychology from Villanova Law and Drexel University, Finello took an extended internship at a federal correctional facility in Missouri, interviewing and performing psychological evaluations on some of the most violent and hardened prisoners in the federal system. Being a fifth generation Pennsylanian, Finello returned home to put her skill back into the community she loves.

Finello has spent the last 10 years working to improve government systems for care delivery as Deputy Director of the Bucks County Department of Housing and Human Services and working with the Philadelphia Veterans Court, connecting the region’s veterans with high-quality services. Since 2017, Finello has served as the only Democrat on the 7-member elected Ivyland Borough Council. She also currently serves her community through the Nativity of Our Lord’s school advisory board and the YMCA of Bucks County’s Central Bucks Regional Advisory Board.

We are so proud to support Christina Finello in her commitment to move Pennsylvania's 1st Congressional District forward. 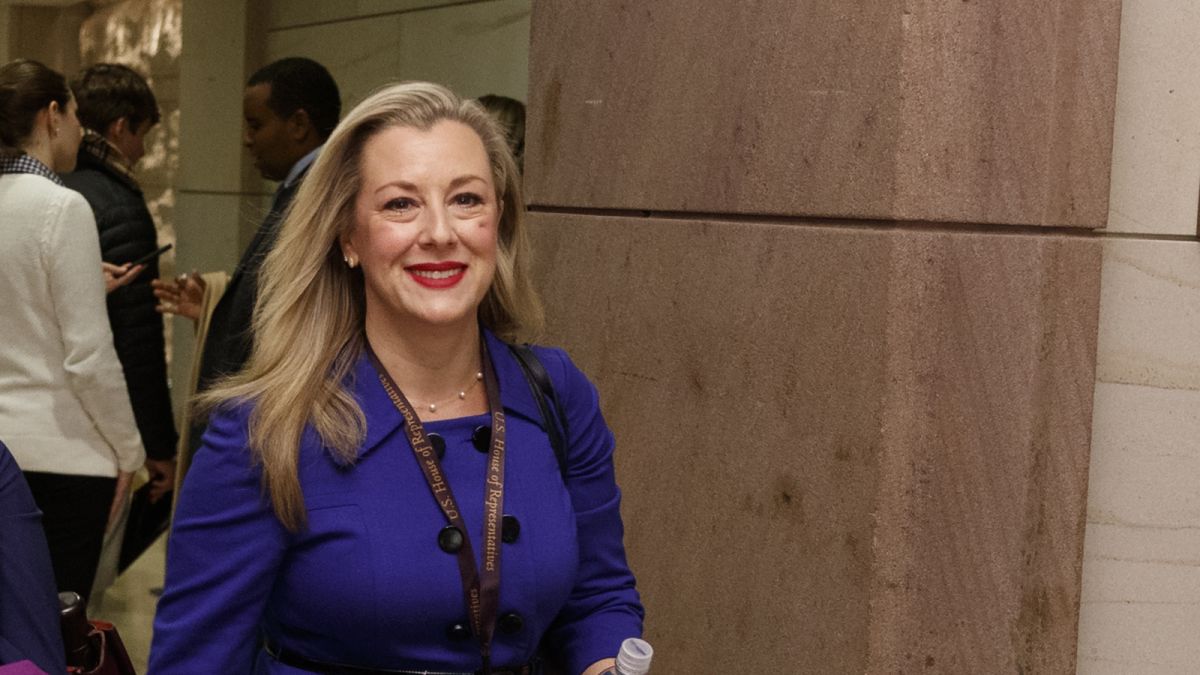 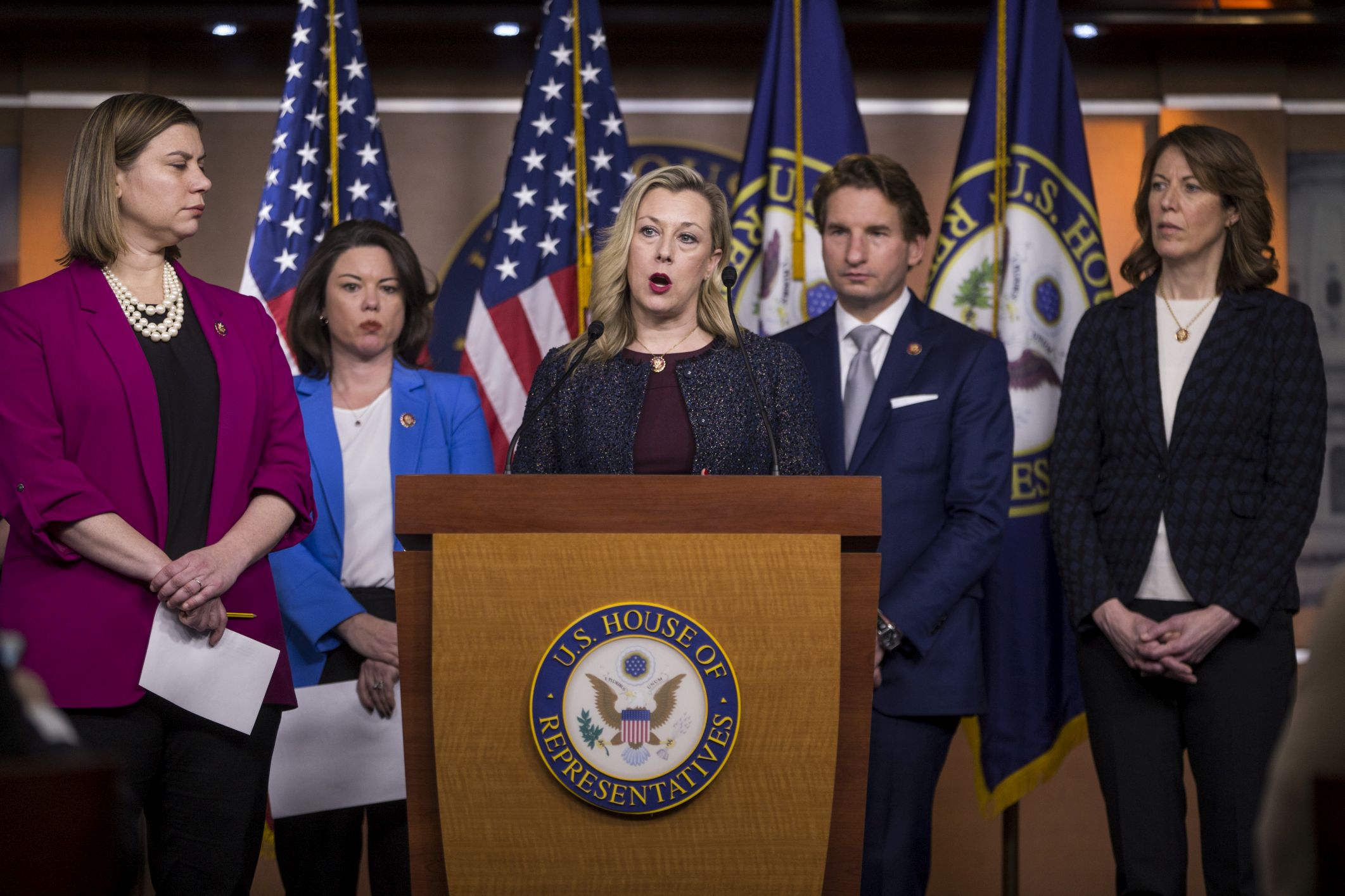 Congresswoman Kendra Horn represents Oklahoma's 5th Congressional District in the U.S. House of Representatives. Prior to serving in the House, Congresswoman Horn worked in the aerospace industry and ran two nonprofits focused on developing leadership skills and encouraging women to run for public office.

Congresswoman Horn brings a deep understanding of how government should work and, as an attorney and mediator, has experience bringing people with differing opinions together. Her mission is to stop the partisanship and politics that hurt working families and do what’s right for a change. She has been a strong voice for Oklahoma families, working to build bridges and find solutions to our most challenging problems.

We are so proud to support Kendra Horn in her commitment to continue serving her constituents Oklahoma's 5th Congressional District. 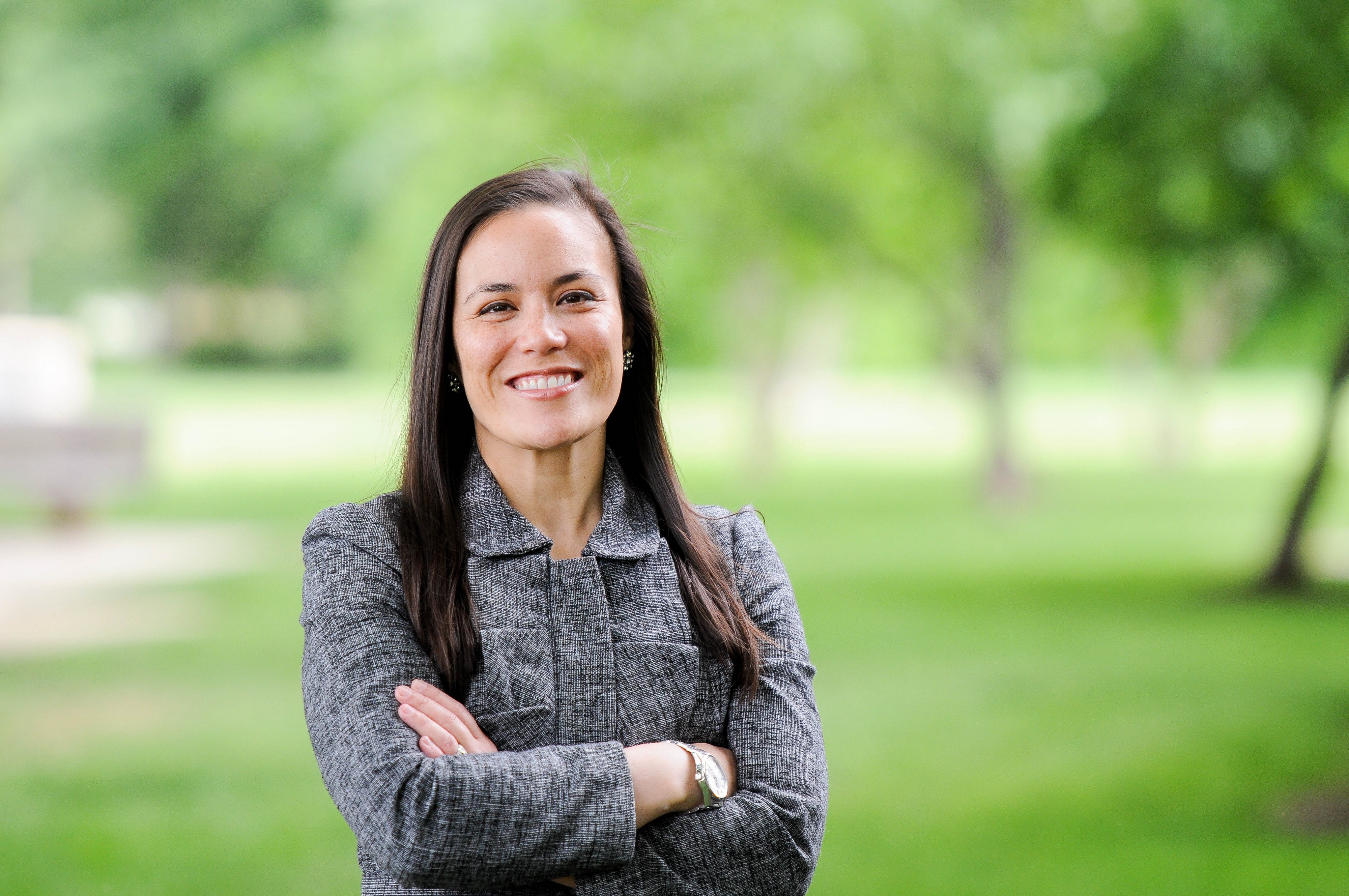 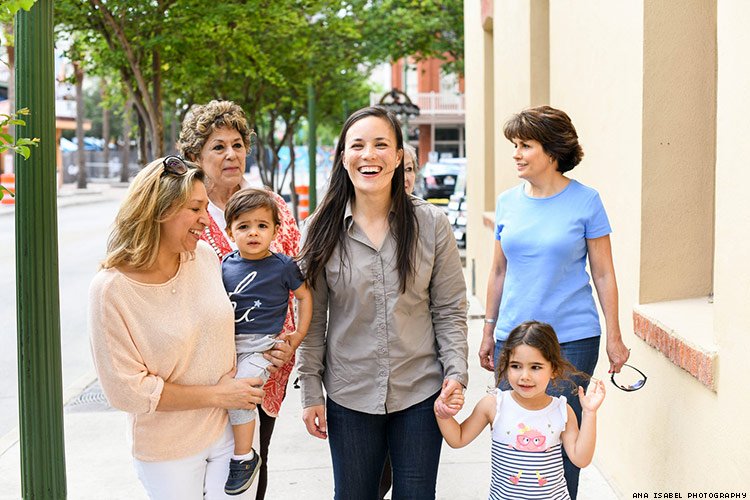 Gina Ortiz Jones is running to flip Texas' 23rd Congressional District. Raised in San Antonio by a hard-working immigrant, single mother from the Philippines, from the time she was a young girl, Ortiz Jones knew she wanted to serve and give back. After graduating from Boston University with a BA and MA in Economics, and a BA in East Asian Studies, Ortiz Jones entered the U.S. Air Force as an intelligence officer, where she served 12 years of active duty service.

Her career in national security, intelligence, and defense continued in the years that followed, including the role of Senior Advisor for Trade Enforcement, a position President Obama created by Executive Order in 2012. She would later be invited to serve as a Director for Investment at the Office of the U.S. Trade Representative where she led the portfolio that reviewed foreign investments to ensure they did not pose national security risks.

Ortiz Jones is running for Congress to bring her unmatched experience, unique perspective, and the core values instilled in her while growing up in San Antonio to work for all of us in Washington. She will fight every day to ensure all Americans are given the opportunities and promise of a better future that our country gave to her and her family.

We are so proud to support Gina Ortiz Jones in her commitment to move Texas' 23rd Congressional District forward. 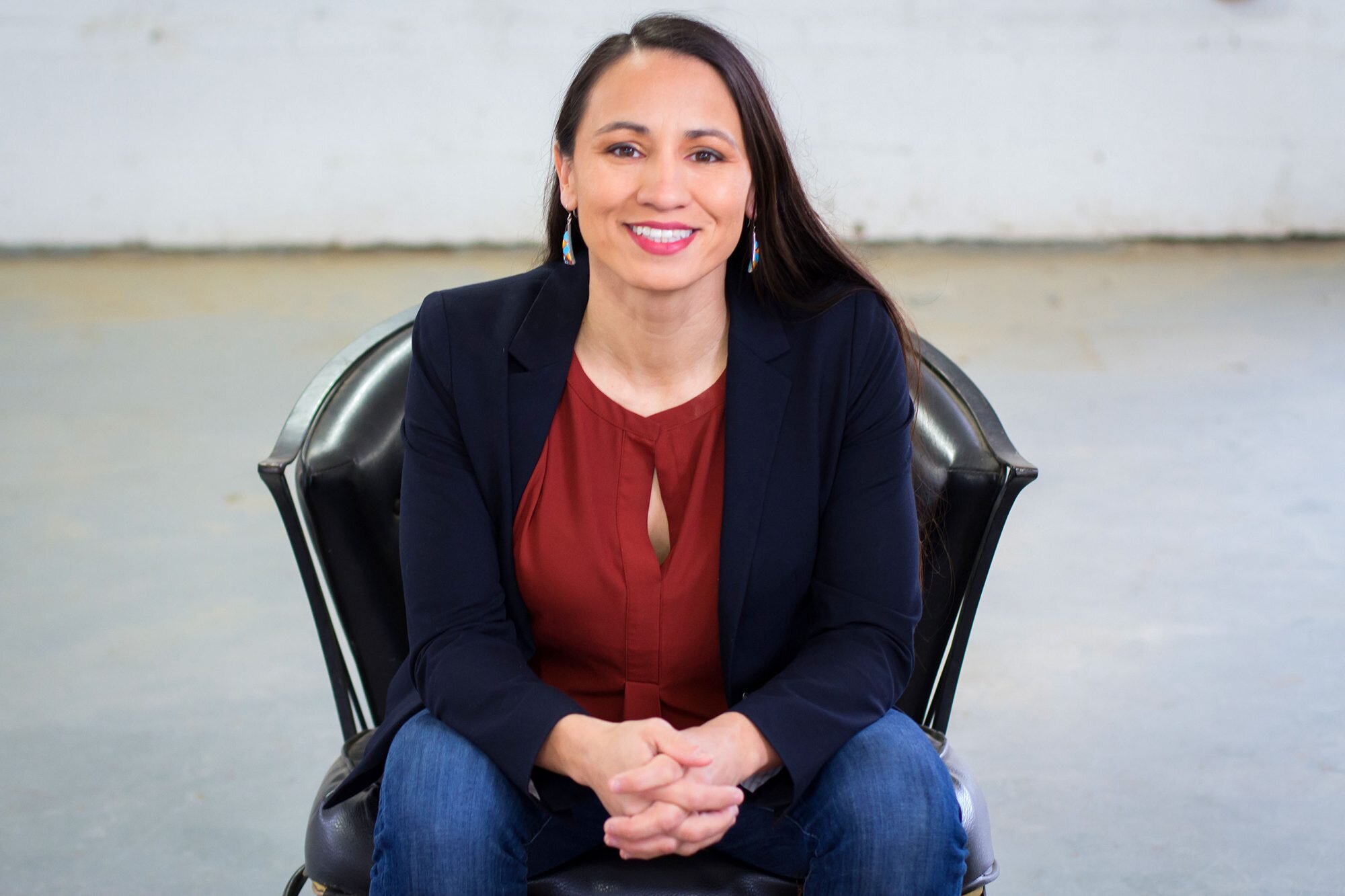 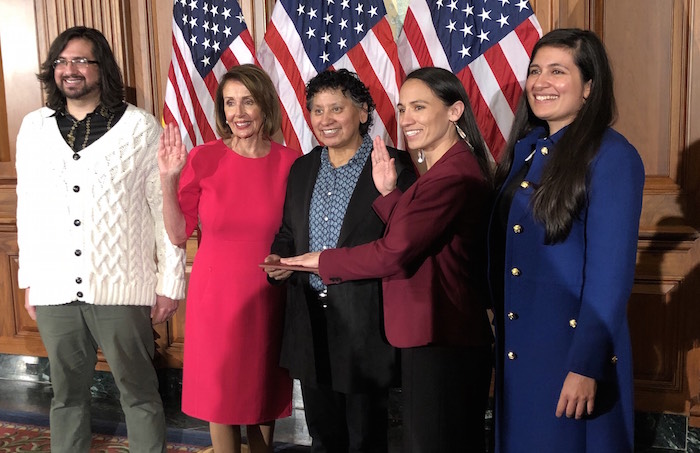 Congresswoman Sharice Davids represents Kansas' 3rd Congressional District in the U.S. House of Representatives. Davids is the first openly LGBTQ Kansan and one of the first two Native American women elected to Congress. She won her election against the incumbent Republican but a nearly double-digit margin.

Davids was raised by a single mom who spent more than 20 years serving in the US Army. She was the first person in her family to attend college. She worked her way from Johnson County Community College to Cornell Law School, juggling multiple jobs to put herself through school.

Davids went on to work in economic and community development on Native American reservations, helping tribes to create programs and initiatives for growth. This work inspired her to apply for the prestigious White House Fellowship program, where she served under President Barack Obama and continued to create economic opportunity for others.

We are so proud to support Sharice Davids in her commitment to continue serving Kansas' 3rd Congressional District.