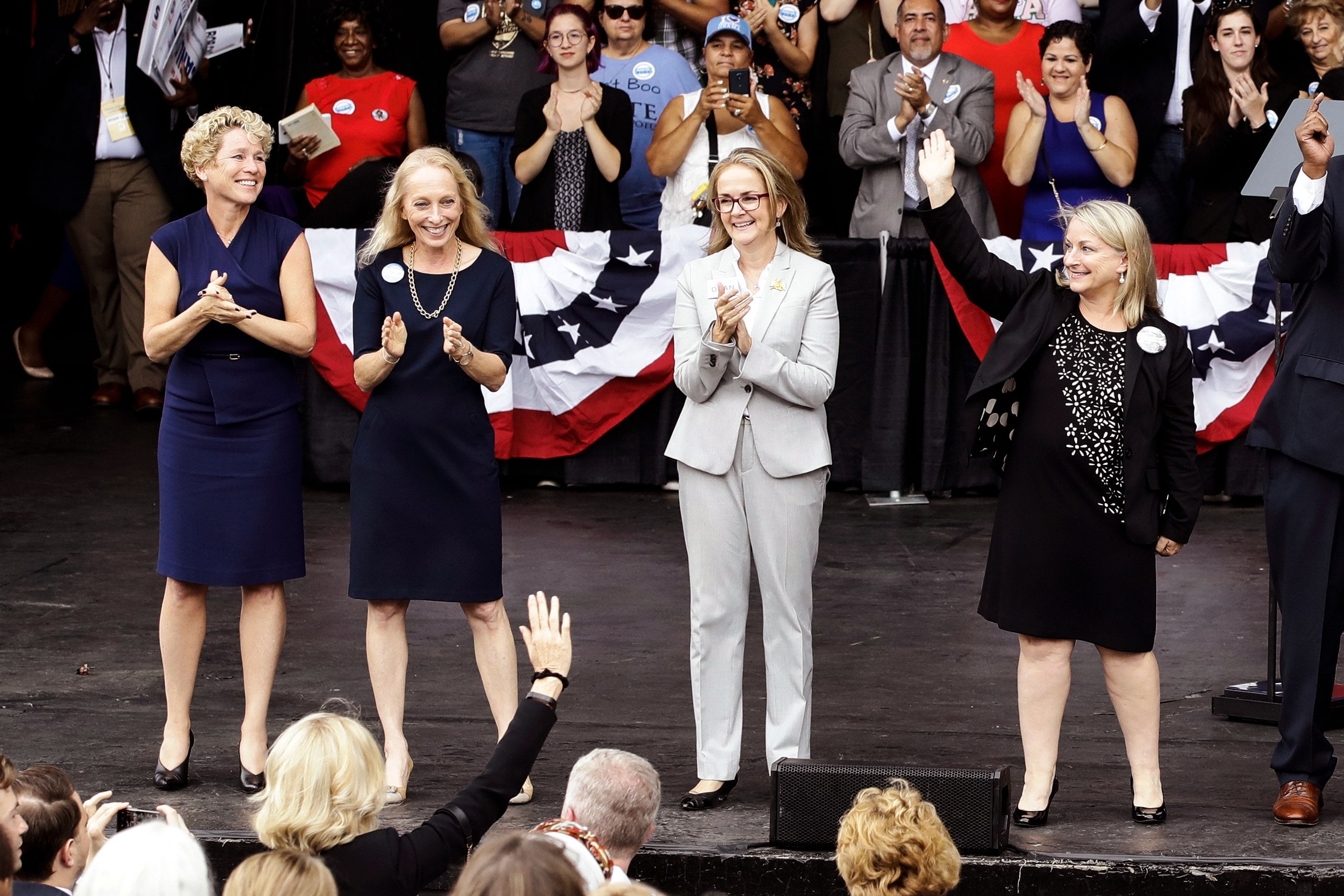 A Woman's Place is In the House... and Senate!

This was the slogan that began gracing the campaign merchandise of female candidates across the country in the early 1970s who were leading the charge to give women the representation they deserved. The phrase remains a part of popular culture today––proof that fifty years later, expectations about a woman's place in our society have not changed as much as we like to believe.

The contemporary political landscape is filled with progressive women who are running for elected office up and down the ballot, who posess a true vision of equality for this country's future. They face similar systemic barriers and prejudices as all those who have come before them. A Woman's Place seeks to support their efforts by providing financial resources to embrace this tongue-in-cheek idea of what a woman's place should be. We help put women where they belong: positions of political leadership throughout all levels of government.

One of my fondest memories as a college student was when I took a road trip to a nearby college to hear Shirley Chisholm speak. When I could vote for the first time, I volunteered to work on Mary Ann Krupsak's campaign. She had been the first woman elected to be Lieutenant Governor of my home state of New York and was only the second woman ever elected to statewide office. Participating in her campaign was the first time I had the opportunity to see for myself a female candidate stepping onto the national stage––and all the immense work it took for her to get there.

Growing up, there were not many female role models in government. There still are too few, but we are making progress. Not just in numbers, but in the eyes of the young girls and women we meet. These women who are thinking, Hey, maybe I could do that! –– they are the future, and we're doing this for them.